As luck - and love - would have it, Marie Zapolski had a co-worker in New York City interested in a little matchmaking between Marie and  John Wierzba, and at a favorite Soho bar, the two met for the first time. Clearly, the matchmaking friend had a keen eye for romance, as Marie and John were soon making plans for a summer share in East Hampton, where at summer's end, they knew their relationship was indeed meant to be. While enjoying a ski trip to Park City, Utah, John withstood a comedy of errors and critical timing as each moment he was just about to pop the question, something interfered. At last, in a perfect, peaceful winter setting, he left briefly to supposedly judge a ski run they were about to make, but came back to surprise Marie with a proposal on bended knee.

Classic and effortlessly beautiful best describes the bride's Romona Keveza gown, finished with a charming bow at the waistline. "I actually thought I would want something more form fitting," remembers Marie. "But when I tried on this gown, I knew it was the one!" She added a stylish stole - "borrowed" from her Aunt Doreen, "blue" undergarments, "new" Emmy London shoes, and a truly special "something old" - her grandmother's vintage emerald-and-diamond brooch was pinned to her romantic bouquet of white ranunculus, white hypericum berries, anemones, and hellebores. Given two different styles to choose between, the attendants wore floor-length black dresses from J. Crew, also accented with sophisticated black capes, and all-white bouquets.

Both Marie and John had moved to Manhattan to begin their respective careers after college, so marrying there was the natural choice. "We do love New York at Christmas time," says Marie. "We were given a couple of months to pick from, and we chose December so our guests could enjoy New York during the holiday season." As a bonus, both are members of the Yale Club of New York City which they say has always felt like a "home away from home" for them as a couple, and given their December wedding date, festive decorations around the Club would already be in place. With impeccable service from the Club's staff, the details fell perfectly into place, with kudos to John when it came to staging the main element of the event. "I have John to thank for voicing his opinion that we have the reception on the roof," says Marie. "It was so much fun to have dinner, drinks, and dancing with the city lights twinkling all around us." 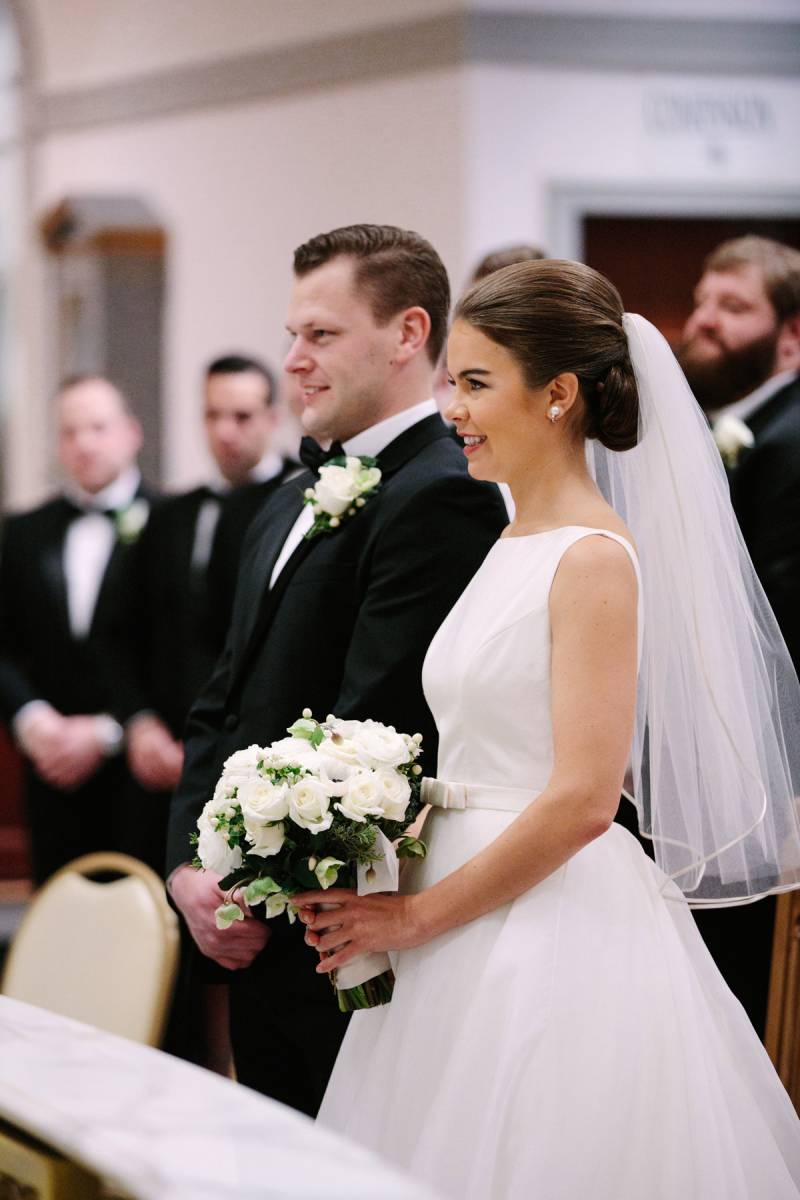 For both Marie and John, a favorite memory of the day was spending a few moments together alone in the church's vestibule, following their sacred vows at the Church of Saint Agnes. "It was a wonderful memory of being "just married" and being so excited," says Marie. Then, they were off to celebrate their love at the elegant Yale Club, where Marie and John had enlisted the services of the same floral designer who decorates the Club year-round, so they were well-familiar with how the rooftop and library would be decorated for that first weekend in December. Beautiful flower arrangements in whites and creams were added to complement the décor, classic New York and Christmas-themed music played during dinner, and guests were invited to enjoy an elegant seated feast featuring a scallop appetizer and choice of sea bass or steak as an entrée. Friends and family signed their sweetest wedding wishes on gold and white holiday ornaments - creating perfect keepsakes for the newlyweds' new home. "We were blessed with great weather over our wedding weekend,  and it's probably the most fun time of year to get married in New York because of all the Christmas activities going on around the city," says Marie. As it should be, Marie and John feel fortunate they were able to create what was truly "their" wedding. "We were able to decide on everything from the guest list to the location, the vendors, and the flow of the day," explains the bride. "Each decision was truly ours and represented who we are as a couple, and because we planned so well ahead, the day was not stressful at all. We couldn't have asked for anything more!" 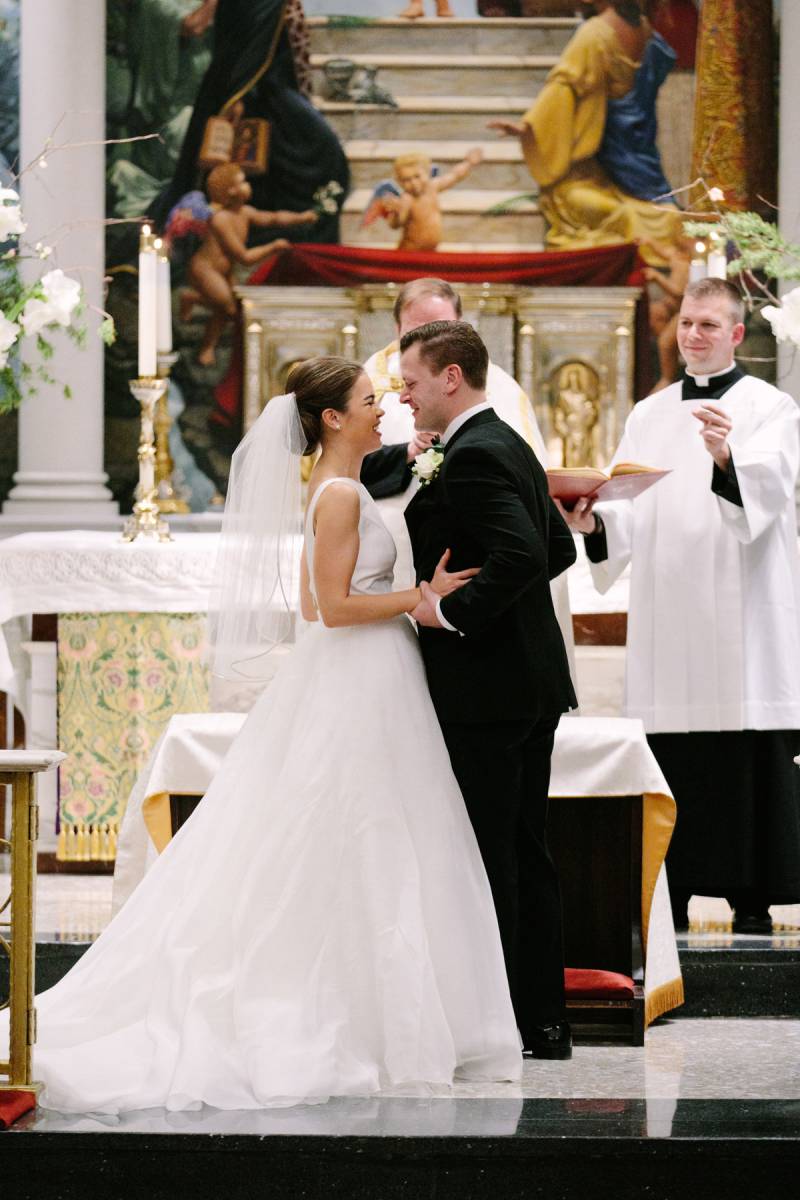 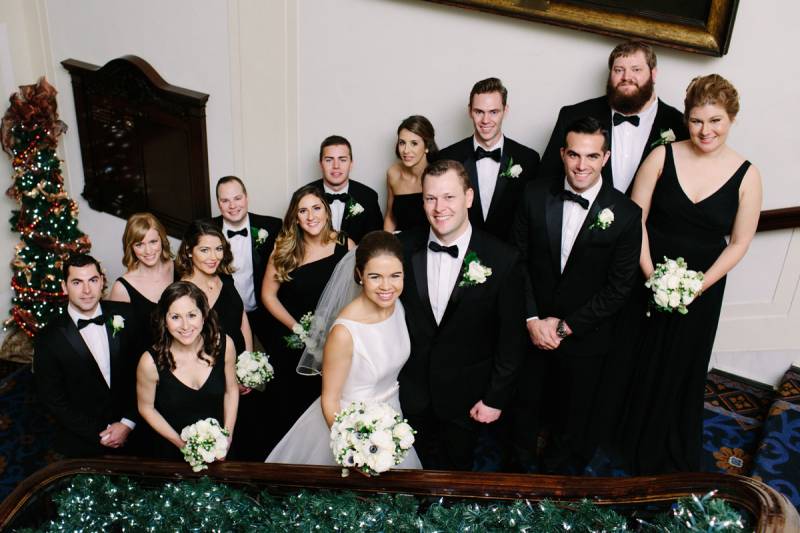 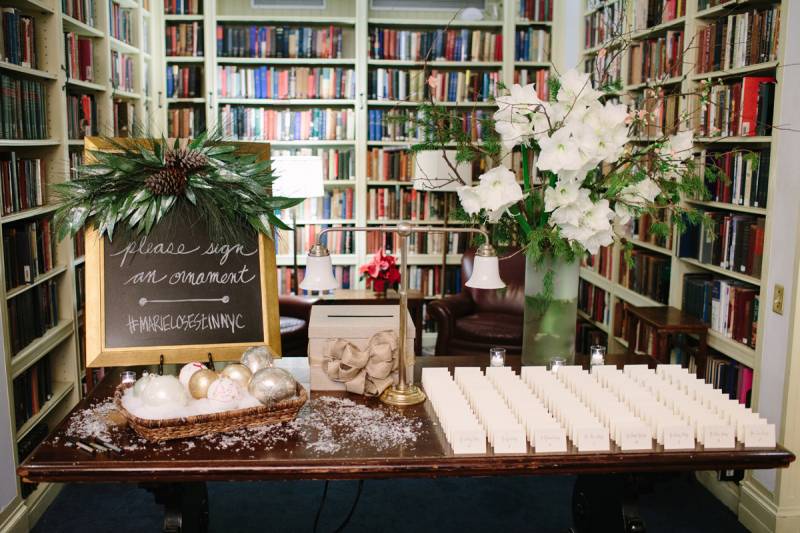 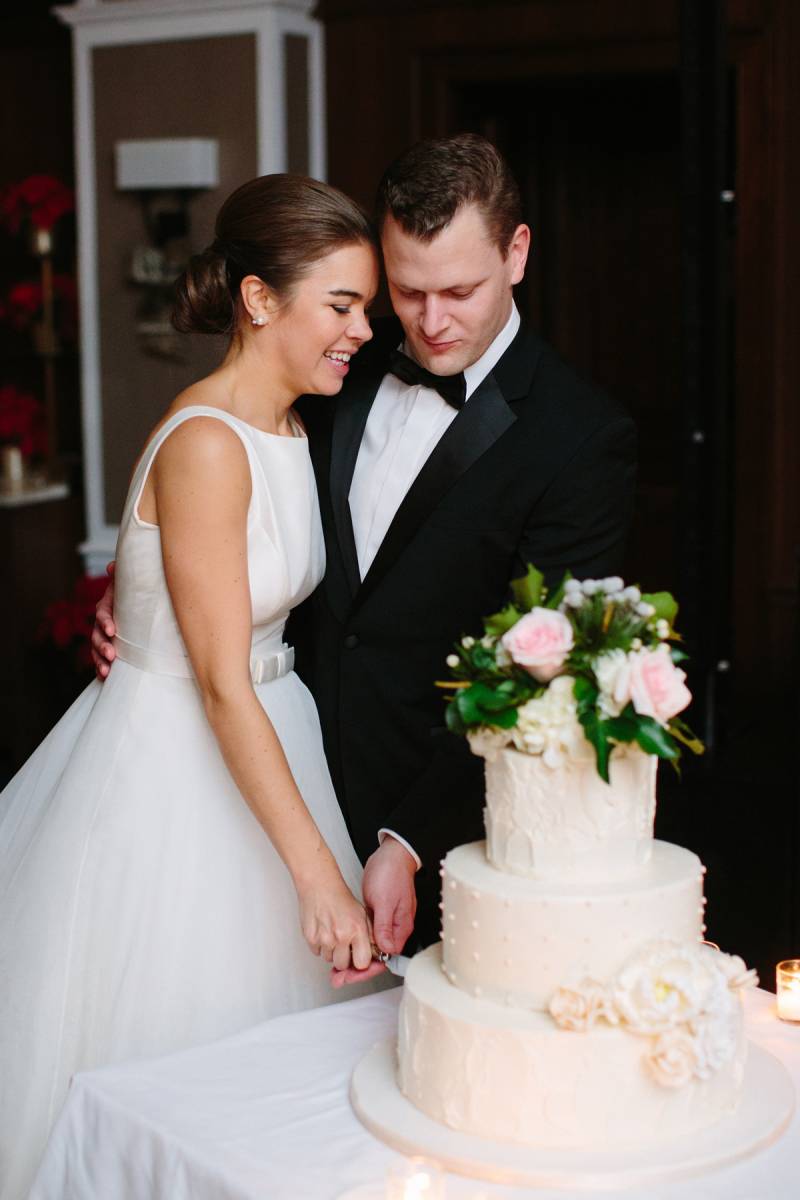 Spring Fling at the Fairmont Washington DCPhotos by Michael Kress

Fireside Cocktails at the Fairmont